Last week’s debate gave an overall view of what each of the main parties wants for the future of Britain; Clegg, Brown and Cameron each articulated their party’s policies on defense, the economy and enterprise, among other things.

Thursday’s debate – aired controversially on Sky TV – saw all three political leaders go head to head on what is arguably one of the main areas of policy which divides them unilaterally, Foreign Policy. But do foreign affairs have any real impact on company formation and small business?

Well, according to a report last week, which found that over 40% of all small business owners think that joining the Euro would benefit them, it seems like it does. So what were the main things that emerged from last night’s debate?

Well, Gordon Brown started the night by hitting back at personality politics, saying that if the electorate wanted a political system based on PR and spin, they could ‘count him out.’ Cameron urged the electorate to vote against a hung parliament and Clegg, who arguably had the most to lose after his success last week, adopted a strategy of offence rather than defense, when it came to his EU policies.

We're delighted to announce that our Company Name Search Application is now available on the Andoid Market! This means you…

The government has recently announced that it plans to cut 160 burdensome regulations as part of the ‘Red Tape Challenge’.…

Wednesday, saw the announcement of George Osborne’s much anticipated spending review. In it, the Chancellor pledged to reduce public sector… 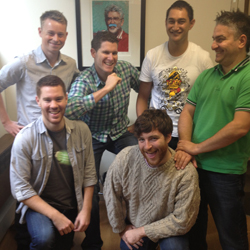 Take a Moment to sponsor our Movember team!