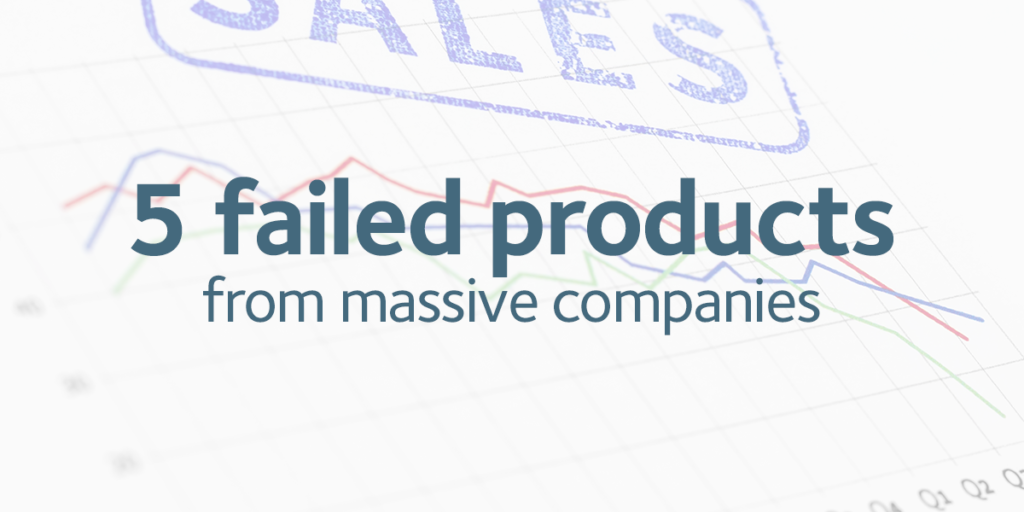 Introducing a new product or service to compliment what you already offer is often a great idea as it can contribute to extra revenue and give your brand a whole new audience. However, it is important to act with a degree of caution. A disastrous product launch can be extremely costly for any business, big or small. Here are five examples of poor products launched by some of the world’s largest companies.

To rival Apple’s enormously successful iPad, Hewlett Packard decided to get their teeth into the tablet market by launching the Touchpad. The product itself was said to have all the technical capabilities of the iPad. However, according to Time.com, “Despite large scale press events and promotions, the HP Touchpad was a colossal failure and was discontinued immediately.” Whilst Hewlett Packard had a more than capable product, this was not reflected in sales.

One fundamental reason for its failure was the lack of organic marketing which accompanied its release. They had the glitzy product launch but failed to showcase the product to a wider audience, particularly on social channels or through videos that demonstrated the Touchpad’s qualities. The product was soon discontinued and the iPad, well let’s just say it’s doing alright.

Those of you old enough will remember the huge success that Nokia experienced in the late 90s and early 00s. Unfortunately the company’s golden period ended when they were too slow to adapt to new technology and failed to to anticipate the smartphone. This lead to them partnering up with Microsoft in 2011 to help launch their new Lumia range.

This partnership proved to be a disaster as the Lumia phones failed to dent the smartphone market. To make matters worse, the company became a laughing stock during the launch when they decided to review their own phone, which opened them up to ridicule and accusations of desperation.

In perhaps one of the strangest product range launches in recent history, in 1982 toothpaste giant Colgate introduced a range of food products called Colgate Kitchen Entrees. Obviously the Colgate name was not something consumers associated with frozen food. According to the Huffington Post taste magazine, “When people think of Colgate they tend to think of clean teeth not frozen swedish meatballs.” This was reflected in the fact that the product  didn’t last long and is often referenced as a branding disaster.

A very bizarre product was launched in 1999 when Cosmopolitan Magazine decided to take on the food market by launching their own range of yoghurts…. yes yoghurts. And as you probably have guessed, this new product range did not gain much traction.  In fact it was stopped 18 months after its initial launch. In retrospect the company should have stuck to what they did well, rather than embark on such a radical departure..

In 1994, a time when not everything Apple touched turned to Gold (we’re talking pre-Steve Jobs), Apple launched one of the first digital cameras – it flopped. According to Buzzfeed the product was majorly flawed “The camera had a built-in flash, but no focus or zoom controls. Other than downloading the photos to a computer, there was no way to preview them on the camera.” Of course digital cameras would later become hugely successful but in this instance Apple clearly didn’t give enough thought into making the product as excellent as it could be.

There you have it, even some of the world’s largest companies are capable of creating products that simply don’t work. So what can your business take from this? When creating a new service/product you need to carry out all the necessary research (for example, is there a need for it?) before ‘going live’ – it’s far better to take your time and get it right rather than rushing something out.

If you would like to read more posts like this take a look at our dedicated Small Business blog.